What You'll Want To Know Before Removing Your Diesel Particulate Filter

Over the past few years, diesel particulate filters have become a common fixture in most diesel trucks. Along with selective catalytic reduction (SCR), DPF technology is targeted towards reducing particulates and nitrogen oxide (NOx) emissions. However, the prospect of reduced performance and fuel economy has driven many diesel truck owners to remove their DPF systems entirely. Before you decide to remove your diesel truck's DPF system, it's important to learn about the potential pitfalls involved in making your ride DPF-free.

In an effort to reduce engine emissions in heavy-duty trucks and buses, the U.S. Environmental Protection Agency mandated the use of several emissions-reducing technologies for the 2007 model year. In conjunction with rolling out ultra-low sulfur diesel (ULSD) fuel, the EPA also mandated the use of DPF technology to reduce particulates and NOx emissions.

Sections 203(a)(3)(A) and (B) of the Clean Air Act prohibit anyone from removing or otherwise tampering with factory-installed emissions equipment, and it also prohibits people from manufacturing or selling equipment that circumvents or disables it. This not only makes the very act of removing the DPF illegal, but it also makes the use of DPF delete kits illegal, as well.

Despite all of this, it's highly unlikely that you'll face the wrath of the EPA unless your misdeeds were directly reported through its enforcement hotline.

Unless you live in a state that visually checks for emissions equipment tampering, there's nothing immediately stopping you from removing your truck's DPF filter. But the consequences could arrive if you're pulled over for a traffic violation or have to renew your vehicle's registration. In addition to federal clean air standards, many states have their own clean air regulations, complete with steep fines and other penalties for violations.

Many states have the power to fine and even impound vehicles that have their emissions equipment illegally removed. That means a curious state trooper or police officer could issue a "fix it" ticket -- a violation that's dismissed once you proved you corrected the problem -- or immediately fine you over your missing emissions equipment.

Some states also require your diesel truck to undergo and pass emissions testing in order to stay on the road. Although many DPF kits are designed to fool the powertrain control module (PCM) into keeping the "check engine" light off, it won't fool the state's emissions testing equipment into ignoring a missing DPF. In addition to smoke opacity testing and onboard diagnostics (OBD-II) checks, some jurisdictions may also visually look for signs of tampering.

If you're caught without a DPF during emissions testing, chances are you'll automatically fail and you won't be able to legally register or re-register your vehicle until your emissions system is restored to its original state.

Alternatives to a DPF Delete

Removing the DPF entirely isn't the only way to get the most out of your diesel engine. There are other, safer options that provide a significant performance and fuel economy boost while keeping your truck emissions compliant.

Recently, several companies specializing in diesel performance products have recently introduced DPF-friendly performance tunes that offer increases in horsepower and engine response without sacrificing CARB or federal emissions compliance. These DPF-friendly tuners are specifically designed to provide performance upgrades without the need for a DPF delete.

For more information on your diesel filter or more about this topic, talk with an auto shop or auto parts store. 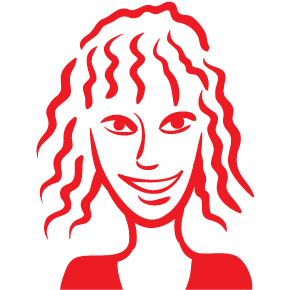 Hello, my name is Valerie. Welcome to my site. I am here to help you better understand the importance of vehicle maintenance. Cars, trucks and vans all require an adequate amount of maintenance to remain in good operating condition. The maintenance tasks revolve around renewing moving parts and lubricants used throughout the vehicle. Although the bulk of the maintenance starts in the engine, the transmission, brakes and suspension components require care too. In fact, even the interior and exterior pieces in your vehicle require ongoing care. I will use this site to help you learn how to maintain your vehicle for years to come. Thanks.